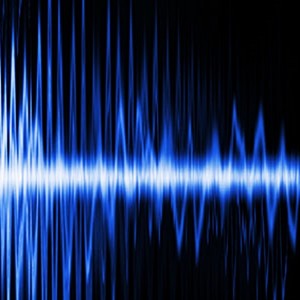 Cords suck. Appliance cords that are never long enough, that nest of cables underneath your computer, the strings of wires that line our streets and forever changed the look of American towns. Remember when you had to actually be at the phone plugged into the wall to talk with some one? That’s why people love wireless. That’s why Nikola Tesla nearly went crazy trying to find a way to transmit electricity wirelessly. That’s why the Internet Of Things (IoT) will soon dominate our lives with gadgets that operate at a distance through the magic of radio waves.

Here at Newport Wireless Mesh we love wireless too. It’s a cheaper way to get the internet into your home than the huge overhead (no pun intended) of stringing cables up and down the street and into every home. Our wireless system can literally be built by the people who use it, with the help of one or two people with some expertise in networking.

But unlike some of the love-struck, we aren’t blind to the faults of the object of our affection. A cable is a pretty simple thing. Electrons travel along it carrying information til they arrive at their destination. If the cable isn’t overly long and is protected from the environment, there aren’t too many things that will alter that information. But radio waves are tricky. The electronic information from the source device, coded in the ones and zeros that make up machine language, has to be changed into radio waves by your wireless adapter. Changes to the shape of the radio waves transmits the data, which is turned back into an electronic signal at the other end. We humans have been using radio waves to transmit information for a long time, so we’re pretty good at it. And likely we’ll get even better at it—say by being able to change the electric signals in your brain to radio waves and send them wirelessly. Imagine being able to open a door just by thinking it. It’s coming soon.

As they travel through the air, radio waves can be affected by lots of things. They can’t get through metal hardly at all, are hindered by water, including rain, and interestingly by people, since we’re made of a lot of water. They can also run into other radio waves and get mangled in the collision. This causes some of the information to be lost and it has to be resent. The number of times the sender has to resend information is called the retransmission rate and is one of the ways we monitor the quality of signals in the NWM system.

Radio waves can also be picked up by anybody who has the right equipment to receive them, even if they aren’t the intended recipient. That makes security an important issue for wireless transmission. It’s also something that people need to be aware of as more household items, from doorbells to refrigerators to smoke alarms join the wirelessly controlled Internet of Things.

Building a wireless network is as much an art as a science. If you loved building things that actually did stuff when you were a kid, then you might love working with radio waves. A wireless system is a magical thing. So if you want to become a Wizard of Wireless, consider volunteering with the Mesh.